In this blog post I want to introduce the authkeys plugin which will be part of Veyon 4.1. This plugin implements new mechanisms for managing authentication keys and replaces the assistant found in Veyon 4.0 and previous products. The authkeys plugin provides both a graphical configuration page for the Veyon Configurator as well as a command line interface implementation for veyon-ctl. Both interfaces aim for full feature parity which means you can perform the same tasks via Veyon Configurator as well as the command line.

The following screenshot shows the configuration page for authentication keys: 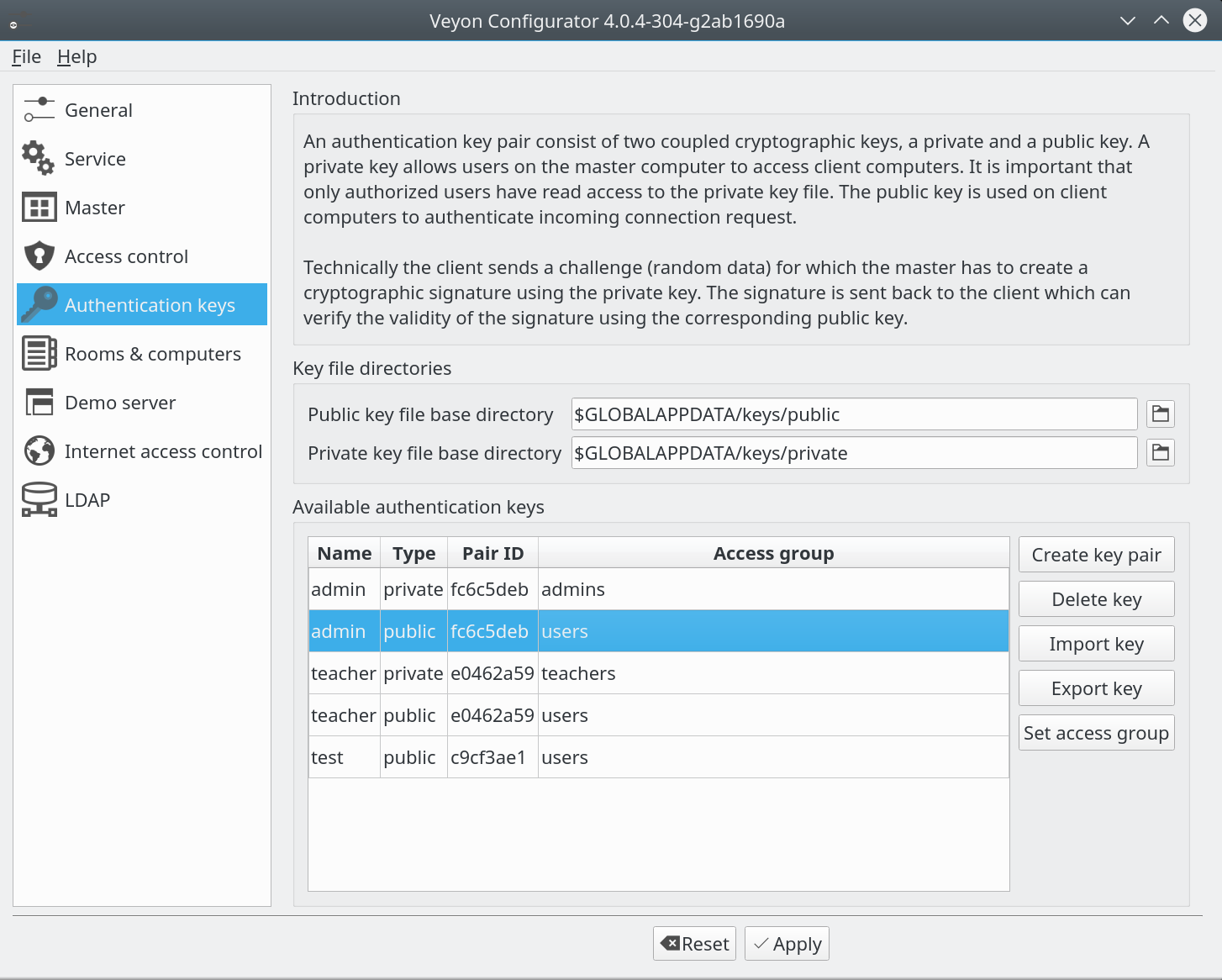 The command line interface version provides the same functionalities as well as a similar visual appearence: 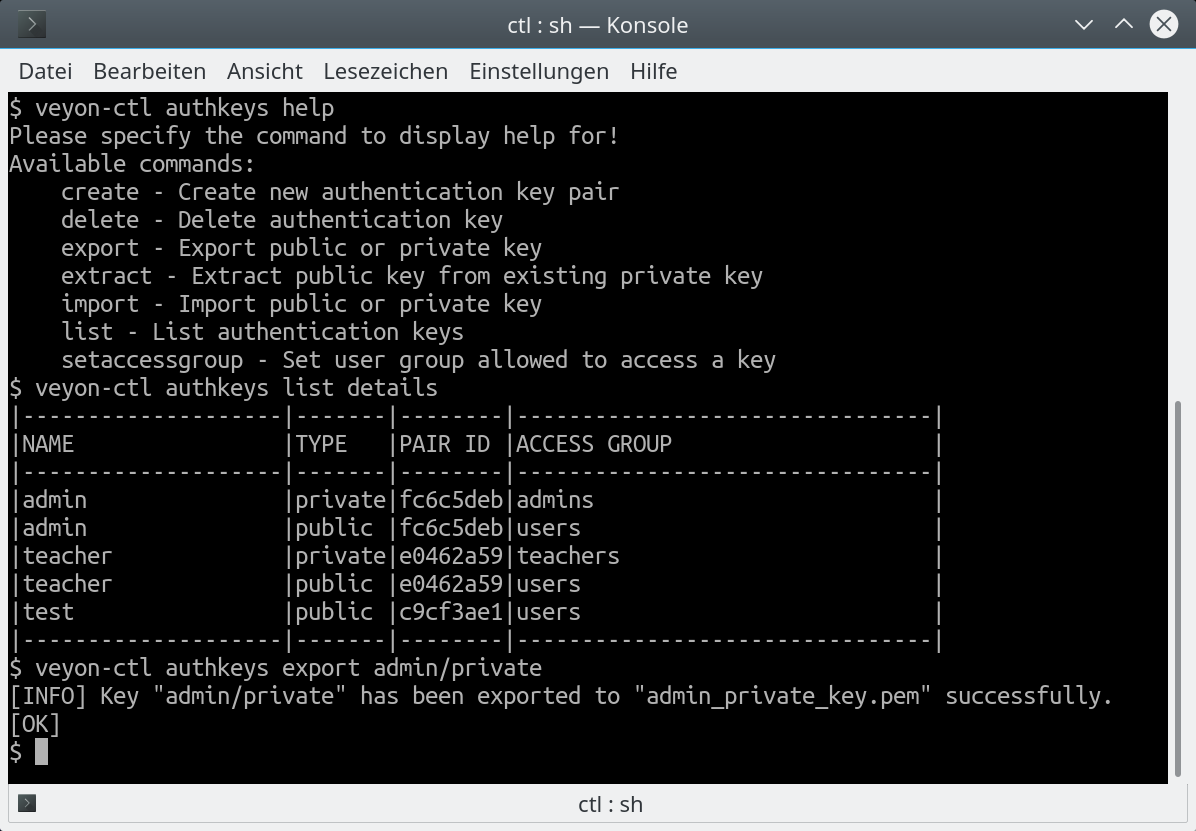 As you can see we have focussed on simple operations which can be performed (and automated!) individually at any time. No need to walk through the assistant when you only want to export a previously created key pair. Instead keys can be exported or imported with just one click or one CLI command. Public and private keys are listed separately. This way they can be managed independently. The key pair ID is a hash of a common key part. It is identical for public and private keys belonging together. By comparing the key pair ID you can identify mismatches easily e.g. after importing old keys or keys with a wrong name.

Why did we add this new management interfaces except for convenience? Until now you could only create keys for pre-defined user roles such as teachers, administrators or support team members. With Veyon 4.1 you’ll be able to create arbitrary key pairs and assign them to user groups. The latter task is now builtin and file permissions do not have to be adjusted manually any longer. With the help of the “set access group” function file owners and access permissions can be adjusted automatically. Upon start Veyon Master looks for accessible private keys. Therefore the key to be used does not have to be specified (which however is also possible through the environment variable VEYON_AUTH_KEY_NAME).

So how big will be the impact when updating Veyon? Due to the removal of fixed key roles we had to change the network protocol which means both client and masters will have to run Veyon 4.1 and can’t be mixed with old versions. However the update itself won’t be a big deal as you can simply continue to use your existing authentication keys. You can possibly simplify or replace your mechanisms for deploying the authentication keys by using the appropriate CLI operations.

The next article will be about the improved platform abstraction and integration in Veyon 4.1, especially on Linux (full systemd support!).

Posted in:  Veyon 4.1   Plugins
« Welcome to our blog!
Improved multi-platform support in Veyon 4.1 »